If your child or teenager usually fall tired or irritable or even sleepless: think about Anemia

Anemia is when the number of red blood cells in the body gets too low. Red blood cells carry
hemoglobin (a protein that carries oxygen throughout the body). Without enough of them, oxygen
doesn’t get to the body’s organs. Without enough oxygen, the organs can’t work normally.
The types of anemia are based on what causes them. They include: 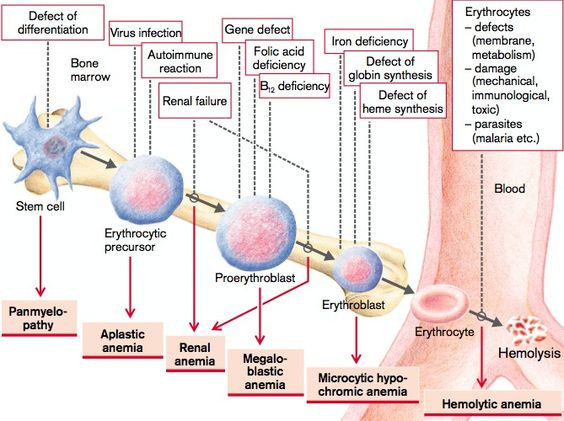 • anemia B12 deficiency: when someone doesn’t get enough B12 in the diet or the body can’t absorb the B12
*Signs & Symptoms of Anemia:
Some children with anemia don’t have any symptoms. A child who does have symptoms might:
• look pale
• seem moody
• be very tired
• feel dizzy or lightheaded
• have a fast heartbeat
• have jaundice (yellow skin and eyes), an enlarged spleen, and dark tea-colored pee (in hemolytic
anemias)
Young children with iron-deficiency anemia also might have developmental delays and behavioral
problems.
*Diagnosis of anemia:
Doctors usually can diagnose anemia by:
• asking questions about symptoms
• asking about diet
• asking if any family members have anemia
• doing a physical exam
• doing blood tests to:
• look at the red blood cells with a microscope to check their size and shape
• check the amount of hemoglobin and iron in the blood
• check how fast new RBCs are being made
• check for any inherited anemias
• check other cells made in the bone marrow (such as white blood cells)
Sometimes doctors do tests on the bone marrow. The bone marrow is the spongy part inside the bone
where blood cells are made. For this test, the doctor puts a needle into the bone to take a small bone
marrow sample. The sample is sent to the lab for special tests.
*Treatment for anemia depends on the cause. Kids and teens with anemia might need:
• medicines
• changes in their diet
• blood transfusions
• treatment of another underlying disease
• to see doctors (hematologists) who specialize in anemia and other blood problems
How Can Parents Help?
Most kinds of anemia are treatable. It may take a while for symptoms to go away, so your child should
take it easy while recovering.
Help your child get the best care by:
• going to all doctor’s appointments
• following the doctor’s recommendations

We use cookies to provide you with the best possible user experience. By continuing to use our site, you agree to their use. Learn more